A day in the life of an Injury Claims Solicitor

You are here: Home » Blog » Personal Injury » A day in the life of an Injury Claims Solicitor


A day in the life of an Injury Claims Solicitor

A day in the life of an Injury Claims Solicitor

I’ve been asked by a Director to give a snap shot of an ordinary day in the life of an injury claims solicitor.  It’s not something I normally give any thought to, but, when I was asked, I thought over the various aspects of the work that I do, and the people that I come into contact with when dealing with personal injury claims.  I’m sure when I say most days are not quite the same, my fellow professionals will agree – one day can vary drastically to the next.

When dealing with a high value compensation claim involving life changing injuries, you might spend the whole day dealing just with that one claim.  On another day, you can be dealing with email, post and catching up on phone calls relating to 20 – 30 matters.  There will be aspects which can be emotionally affecting – draining even – and, on others, you may laugh with colleagues regarding some unusual circumstance, or be able to enjoy satisfaction from getting a good settlement for a client, or perhaps  even from receiving some costs!

Being an injury claims solicitor, I deal with a lot of pro bono work where I don’t get paid, but out of goodwill, try to go the extra mile to help a client out of a problem.  Recently, I prepared the papers for a potential claim for a Gulf War veteran, who had suffered horrendously as a result of a build up of symptoms, due to his aging body apparently raging against the treatment he suffered whilst in the armed forces over 20 years ago.

I’d spent hours putting his paperwork together; collating his work history; sifting through his medical records, only to find that – for his particular set of circumstances – a barrister had concluded that his case wasn’t strong enough to take forward.  I had made a personal connection with the client; the guy was trusting me, and I desperately wanted to make a go of the case for him.  Sadly,we can’t win them all, and I had to relate the bad news to him that I couldn’t take the case any further.

Now this may sound a little soft and sentimental, but, this man had fought for us in the ‘Gulf;’  he had suffered out there 20 odd years ago; he was suffering even more now as a result of the build up of physical symptoms he was having to contend with. Compared to me, sitting in my office for 20 odd years, he’d had it tough – very tough indeed.

I did my best for him, but I wanted to do better, and I didn’t want to take the easy way out and just write to him with the bad news that he didn’t have a winnable claim.  I rang him and tried to let him down as gently as I could.  I think it was a testament to the relationship we had built up that he was thankful for the trouble I’d just to taken to call him, and for the interest I’d shown in trying to help him, and for the efforts I’d put in for his case.

I went on to deal with a collection of other personal injury claims that day. Whiplash claimants; slippers and trippers; and dealt with some breach of contract claims, but, my soldier client was on my mind all day – and will be for a long time to come yet. He will not be forgotten. His case makes many of my others pale into insignificance, but the demands of the profession are such that I have to wipe the slate clean and continue on, trying to devote the same effort to all my clients, irrespective of how severe their case may be.  There’s another 200 cases in the cabinet, and every client is waiting for good news……………..so, no pressure then! 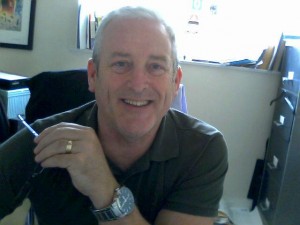 See all posts by Wai