Fitbit is a variety of activity recording devices developed by Fitbit Inc. in the United States. In it’s many varying forms it is a simple activity-tracking device that allows users to keep note of things like number of steps walked, sleep quality, calories burned, floors climbed and intensity of such activity. 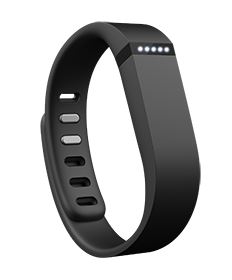 Included is a wireless base station which receives data from the tracker and, when connected to a computer, uploads collected data to the Fitbit website where a variety of features are available, such as an overview of physical activity, goal setting and tracking, food and activity logs, and even the ability to interact with friends.

But, the range of uses for this technology has proven much wider than originally thought. A law firm in Calgary, Alberta is now using Fitbit’s data collection system in court to determine the strength of a personal injury claim.

The idea is that the accident victim wears the Fitbit device for a period of time, collecting data that is relevant and can be used by personal injury lawyers in court to determine the reality of the victim’s suffering following the accident.

Analytics firm Vivametrica, launched a service that involves the use of a wearable fitness device such as Fitbit in personal injury litigation, in order to keep track of steps taken by a victim and generate a ‘quantitative representation of the claimant’s activity during their normal weekly routine.’ 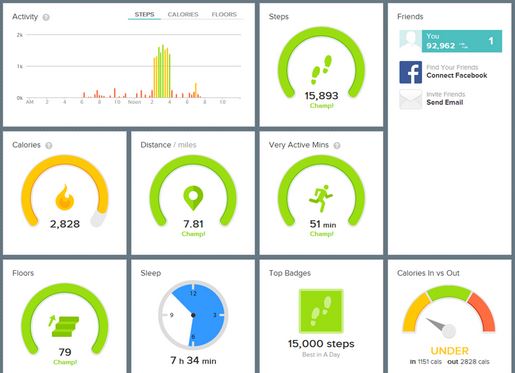 The data collected from the injury victim’s device will be compared to a database that shows the average activity of the similar person in that nation.

The datasets will be weighted by age, gender, BMI and waist circumference.

The data itself will be used alongside other legal assessment tools, medical findings and the injury victim’s perceptions of their own abilities, instead of being used in isolation.

Vivametrica claims that the method provides ‘valid, objective and individualised information’, as well as being non-invasive into the client’s life.

Many, of course, have challenged that the method could be fooled by victims being deliberately less active knowing that their court case could be depending on their collected data.

McLeod Law in Calgary is using a wearable device in an effort to prove that a personal fitness instructor, who was injured in an accident four years ago, is forced to lead a much less active lifestyle than someone of her age and profession, Forbes reported.

Her lawyer, Simon Muller, said that the device will support her claim and that instead of relying on clinical interpretation, it will gather hard data for entire days. She has now been wearing a Fitbit device for several months.

‘We’re expecting the results to show that her activity level is less, and compromised, as a result of her injury,’ Mr Muller said. ‘Prior to this, legal teams representing personal injury cases had to rely on subjective, personally reported data from clients. ‘The Functional Activity Assessment closes the gap between what a client perceives and what is objectively verifiable.

‘Now that we have access to this invaluable health data, we anticipate that it will become an expected part of our practice.’ If the technique proves useful in court, these data collecting devices could one day be used in many other types of legal cases, thereby changing personal injury compensation claims entirely.

See all posts by Wai